Swedish power metal group Sabaton will get together with their fans at Parkorman on July 10. Having been excited for their upcoming album, the group is also performing joyous concerts at their Europe tour. From Sabaton to Pär Sundström, we asked about the concerts, the album and history and received appealing answers. We wish you to enjoy reading it;

Yiğit: First of all, I’d like to thank you for accepting to have an interview with us.

Pär: Well, glad to hear from you.

Yiğit: You have achieved a widespread recognition all around the world in a short time. How could Sabaton become one of the most wanted groups in festivals? Can you talk a little about the group’s early days and the development stage? How would you describe Sabaton?

Pär: I would not call it a short time. Its more than half of my life spent with this band. Over 17 years and thousands of concerts and a lot of mileage on the roads around the world. We started the band just like most bands start I guess. Some friends drink beer and decide to form a band. In the beginning we were a bit diverse in what kind of music style, some bandmembers came and went. But basicly from -99 to 2012 we were the same lineup and toured around the world. Sabaton sings about events in history connected to military, for example the battle of Gallipoli in Turkey.

Yiğit: We have heard some kind of comments such as, “it’s an enthusing group, I can get in a fight while listening Sabaton” from some of your fans. Is this coming from the nature of your music genre, or can we talk about something like “Sabaton effect”?

Pär: I have rarely heard about people getting into fights because of Sabaton. We are a happy gang and even if we sing about horrible events we are after all much of a party band. The only one I can think of who ever gotten into a fight was my cousin when she was 11 and some classmate of her said that he thought Sabaton sucked. So she beat him down. 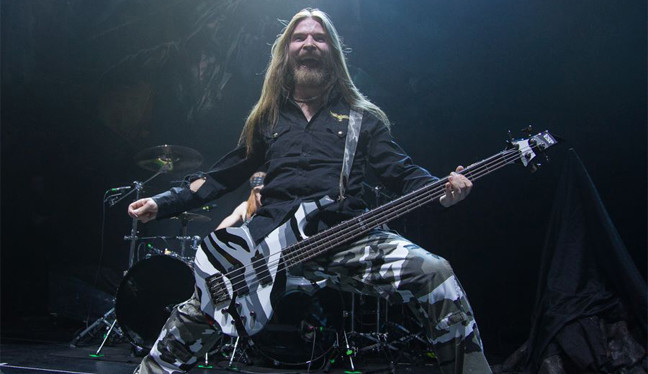 Yiğit: It can be said that your lyrics bring wars and struggle into the forefront. The Art of War and Panzerkampf are a couple of examples. Are the group members interested in militarism and history?

Pär: We are not crazy in military, and we are not totally war fantatics which some people think. We just need something to sing about and instead of making up stories or singing about fantasy or so we decided this was a topic that fits us!

Yiğit: In previous years you visited Istanbul and Canakkale. What did you feel about Turkey and its history during those visits? What do you think about Mustafa Kemal Atatürk, the commander of the Turkish front during the Battle of Gallipoli?

Pär: We have had good experiences in Turkey and with fantastic Turkish fans when we visited in the past. Turkey has a rich history and culture and always had. We learned about Atatürk from a friend many years ago and how he was inspiring in the battle of Gallipoli and the setup of Turkey in the years to follow that battle.

Yiğit: You gave place to Mustafa Kemal Atatürk’s quotes in your song, Cliffs of Gallipoli. We are talking about a song that was ranked number 1 in your country in 2008. Can you mention about this song that Selim Tangerli contributed lyrically?

Pär: We met Selim on a concert in Netherlands a long time ago. And he had the idea which was great for a Sabaton song. He provided us with lots of information and then we wrote the song Cliffs of Gallipoli which became one of the singles from our 2008 album The Art of War. 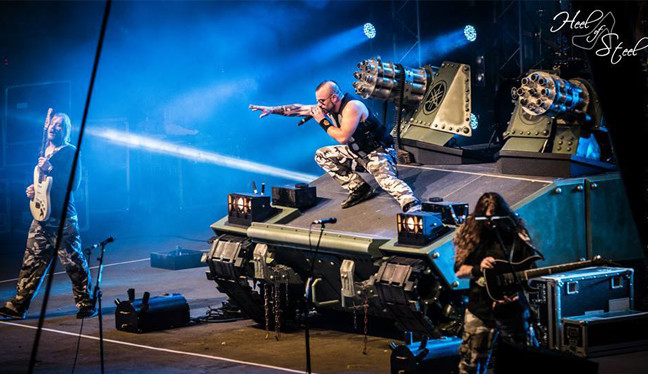 Yiğit: What do you think about the terrorist attacks in Turkey and all around world that have been happening recently? What should be done to prevent this kind of incidents, and what shouldn’t?

Pär: Sadly it has been in the human history to hate. We have always fought over differences. May the fight be about borders, wealth or religion, but there has always been fighting. I don’t see an end to this, I see sadly a adoption to a more and more violent modern world. Maybe one day humanity will make peace but I doubt it will be in my lifetime. It is a horrible thought but I think that there is a chance that in 20 years or so if we live that we will be singing about what was happening today. Why can’t people learn that war dont solve these problems.

Yiğit: What is/are the favorite Sabaton album/albums of the group members?

Pär: The new one of course! Haha!

Yiğit: And what about your favorite albums except Sabaton?

Pär: I love Savatage, Streets, that’s the one who comes to my head now.

Yiğit: What is the absolute must of a Sabaton album?

Sabaton: The new album! Get it!

Yiğit: Your new album “The Last Stand” will be on the market soon. I liked Trailer and “The Lost Battalion.” What can we expect from this album?

Pär:: Glad you liked it. It’s a very diverse Sabaton album. But the core of Sabaton is truly there. No fans will be disappointed. Surprised maybe! But not disappointed! 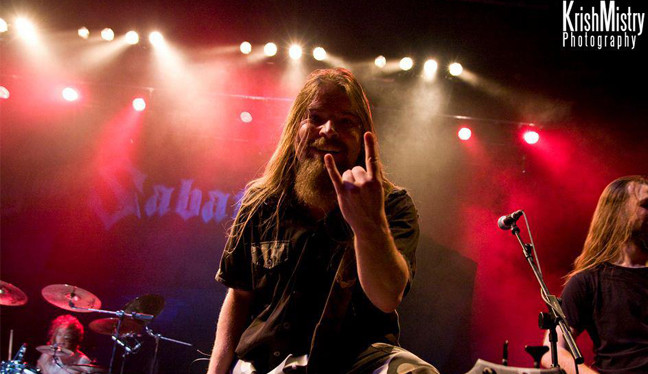 Yiğit: As a matter of fact all of your concerts are enthusiastic. Can we learn the concerts that you can’t forget and the ones that the audience were the craziest?

Pär: Its hard to say where the crowd is the craziest since we have had lots of crazy crowds. Some bands sometimes complain that some crowds are boring, we never have boring crowds!

Yiğit: Lastly, you are going to perform in Istanbul on July 10. Do you have anything to say for your Turkish fans?

Pär: Glad to be back. Its way to rarely that we play in Turkey. Sadly we never had the chance to do a full show.

Yiğit: We thank you for your time and answers as Türk Gitar. See you at the great battle on July 10!

Pär: Thank you and see you soon!